A Memorial Day Reflection During COVID-19 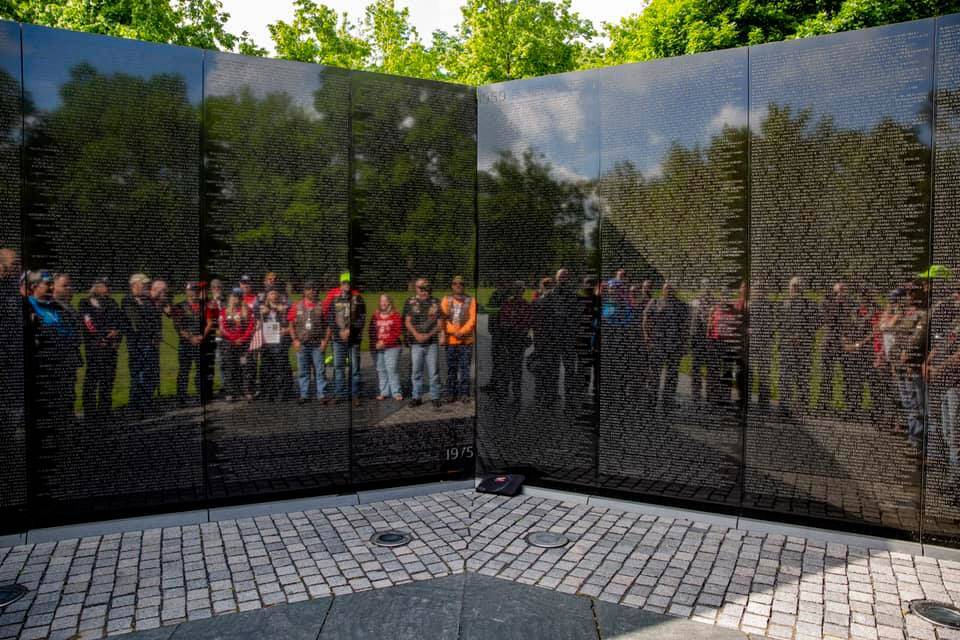 5/23/20 WASHINGTON DC: Riders with Flags of Honor arrived in Washington, D.C., to pay their respects to those who have give the ultimate sacrifice this year on Memorial Day weekend. Photo Credit: Andrew M. Byers

In October 1990, I took the oath of enlistment and honorably served in the military for 15 years. It has been another 15 years since my transition into the civilian sector again, but my pride as a veteran remains strong. Each Memorial Day, I reflect on my brothers and sisters in arms, who have inspired so many and paved the way for so many soldiers like myself. However, this year’s Memorial Day brings many obstacles in how to properly honor those who died and grieve.

COVID-19 has impacted us all, and made us adapt during these unprecedented times. On this Memorial Day weekend, we are not all enjoying a large backyard BBQ. There are no restaurants to sit in and social distancing is encouraged in every direction. Many parades and ceremonies are cancelled or moved virtually this year. Although we cannot celebrate this occasion under normal circumstances, we must pause to honor the brave men and women soldiers, sailors, Coast Guard, Airmen, Marines and National Guardsmen who lost their lives in service to the red, white and blue. We must reflect about the servicemen and servicewomen lost during World War II, the Vietnam War, the Korean War, Desert Storm, Afghanistan, during and post 9/11, conflicts from Panama to Grenada, and other deployments.

At the same token, we should also pause for a moment of silence to honor those Americans, our fallen band of brothers and sisters, who left us much too soon due the silent and deadly coronavirus. Many of the newly departed will not have a proper burial or funeral for many months to come. We should also take a moment to thank the new modern-day heroes of this new global war that is being fought day and night in hospital wards and emergency rooms.

Some veterans continue serving others in different careers fields during COVID-19, including the medical profession. I was grateful enough to have worked within a medical-related MOS in the U.S. Army. From personal experience, some of my fondest memories were from the Medical Corps with two different MOS’ and two distinct medical jobs. First, I served as a 91B Army medic with the 2nd I.D.“Second to None” at Camp Casey, South Korea and then with 1st Armored Division “Old Iron sides” at Fort Riley, Kansas including a deployment to Kuwait. I also served as a 91Q Pharmacy Technician at Reynolds Army Community Hospital at Fort Sill, Oklahoma. 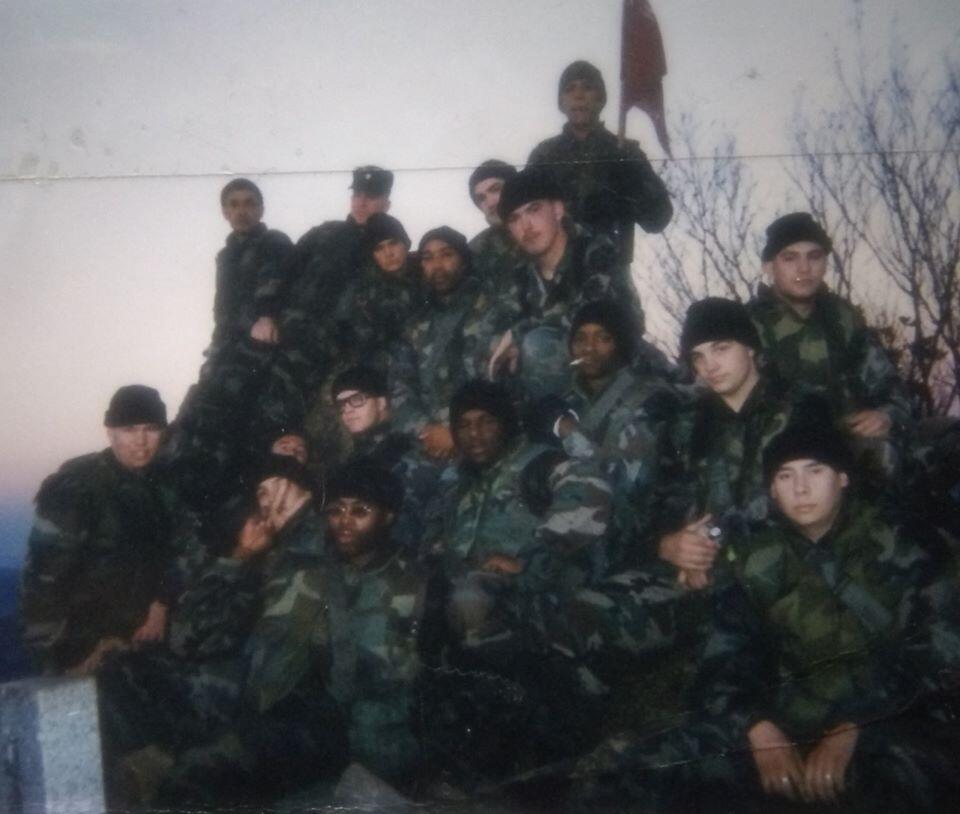 This photo was taken in 1999 at Camp Casey in South Korea just 10 miles from the DMZ. Pictured are Jeffrey Walsh and his Army medical platoon of 1/503 Infantry Battalion.

As someone with a medical and military background, I empathize with the hardships that our frontline workers may be experiencing. Some of them will contract COVID-19 and risk the possibility of bringing it into their homes. Others will develop symptoms of PTSD, anxiety, and/or depression. Some of them go above and beyond to communicate with loved ones via Skype or Facetime when in-person visits are restricted. These courageous men and women are going through similar challenges that military service members experienced. I admire their bravery and acknowledge them as well not only on occasion, but each and every day.

According to the Center for Systems Science and Engineering (CSSE) at Johns Hopkins University and U.S. National Archives, there are over 5 million confirmed cases and there are at least 100,000 lives lost in the United States— more lives than the Korean War and more lives than the Vietnam War. As we have discovered on our mighty fleet of aircraft carriers and at our nation’s VA centers and veteran’s homes, the virus does not discriminate between military personnel, veterans or civilians. Let us also pause for a moment on this Memorial Day to also reflect on the veterans, who have lost their lives. Twenty years from now, some will tell their grandchildren that they were “Veterans of the COVID-19 Worldwide Pandemic.”

Let’s acknowledge the frontline workers, who are substituting kevlars, fatigues and combat boots with PPE. This new war is being fought day and night by a vast army in scrubs, masks and surgical gowns. 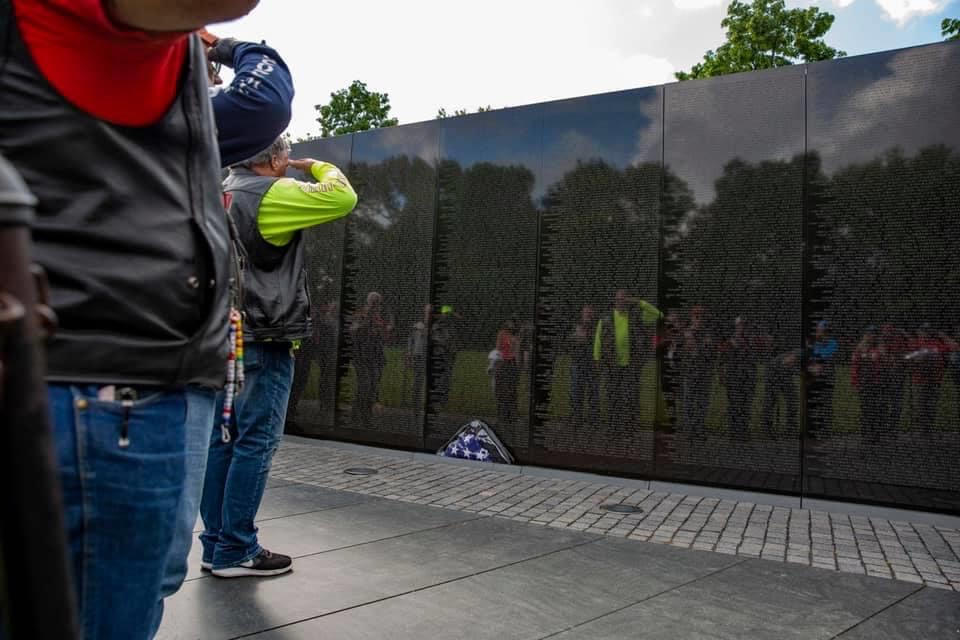 5/23/20 WASHINGTON DC: Riders with Flags of Honor arrived in Washington, D.C., to pay their respects to those who have give the ultimate sacrifice this year on Memorial Day weekend. Photo credit: Andrew M. Byers

EDITOR’S NOTE: This piece reflects the opinion of one of our newest Jeff Walsh, who served in the U.S. Army and Army National Guard from 1990-2005. He was on guard duty at the 1996 Atlanta Olympics and was stationed in South Korea near the DMZ.